In This Brand New Children’s Book

You and I both know…

Public schools are brainwashing our children with harmful teaching.

Teaching that includes things like Critical Race Theory (CRT), “white privilege,” cancel culture, and the idea that America is, and always will be a racist country.

Even worse, your children (or grandchildren) are being exposed to this material at an early age without your consent. 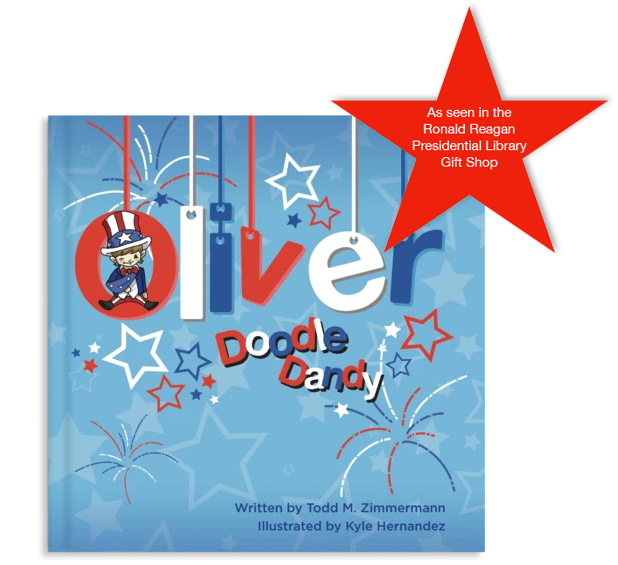 Oliver Doodle Dandy is a celebration of America.

From the freedoms we cherish, the opportunities we have, and the accomplishments of legendary Americans, Oliver Doodle Dandy teaches the incredible story of our great nation.

The book’s message is ultimately one of hope and unity. And that, in America, people can accomplish anything they dream. The author Todd Zimmermann says:

“It’s my hope that the story will inspire children, knowing that America is the very best country in the history of the world.”

The Unusual Story Behind

Imagine writing a Christmas-themed children’s book series and then ultimately having First Lady Melania Trump select your book to read aloud during the annual holiday event at the Children’s National Hospital in Washington D.C.

Imagine Melania enjoying your book so much that she then selected books two and three in the series to read aloud at the same Christmas event each year.

Imagine meeting Melania in person on numerous occasions because of your books — and being invited to the White House Christmas Party two years in a row.

And imagine getting a private meeting with President Trump because of your connection with Melania through your children’s books.

Guess what… this is exactly what happened to author Todd Zimmermann because of his Oliver the Ornament book series. The 2018 Press Release for the event announced it this way: 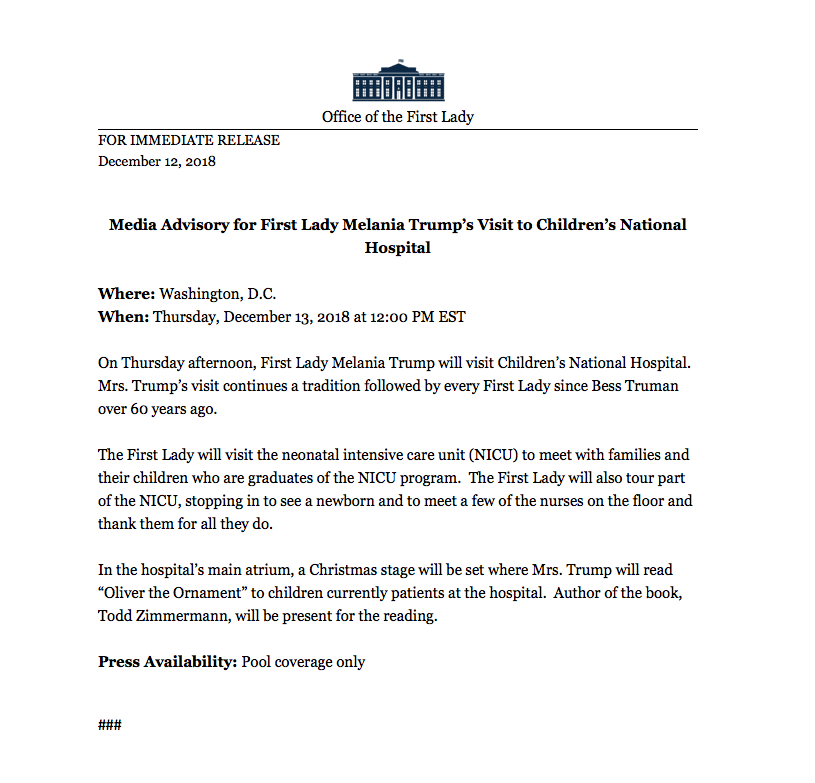 Earlier today, the Office of the First Lady announced that Mrs. Trump would be reading Oliver the Ornament Meets Marley & Joan and Abbey at this year’s gathering at Children’s National Hospital in Washington D.C.

It was a huge blessing to work with Mrs. Trump. But things didn’t go as well when publicity began for Oliver the Ornament.

When Todd found out that Mrs. Trump was going to be reading Oliver the Ornament at this special event, he decided to promote it on Oliver’s Facebook page, encouraging followers to tune in and watch Melania read Oliver the Ornament on Facebook Live directly from the event.

It was going to be a HUGE event and Todd wanted to share it with as many as Oliver’s followers as possible. But the morning the public reading was to take place, Oliver’s Facebook page disappeared.

And this was not the only strange thing Todd has experienced…

Following an interview on Newsmax about his books, sales began to surge on Amazon. Suddenly, without explanation, Amazon removed all of his books and products for 72 hours.

Todd called 13 times over three days, but never received a satisfactory explanation as to why his products were deactivated from their platform. After 72 hours had passed, all of Todd’s products magically reappeared on Amazon and were active again.

When Todd asked Amazon how to avoid such a situation from happening again, they gaslighted him by claiming his listings had NEVER been removed! 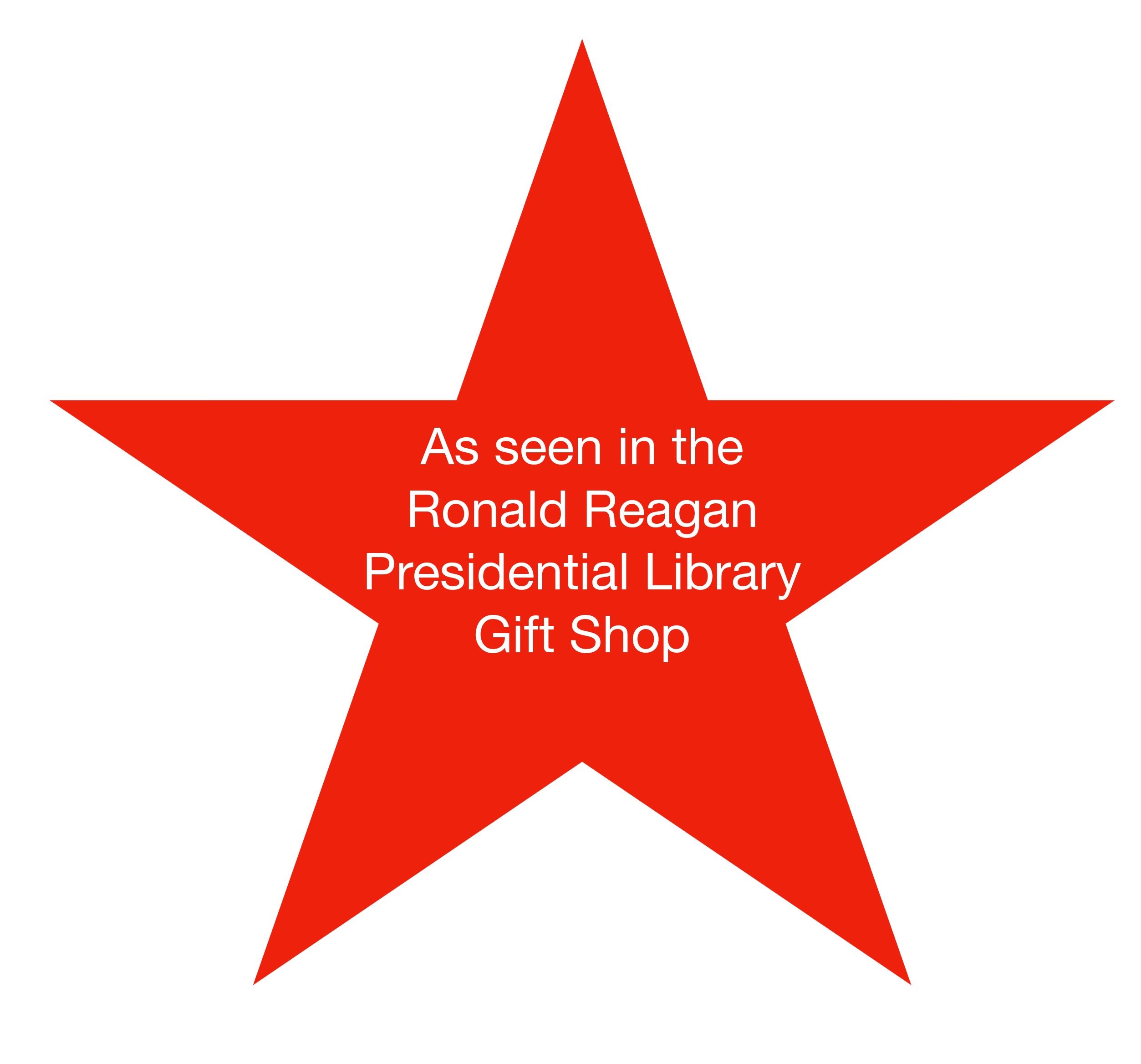 They’re Trying to Shut Us Up,
But We Can’t Let Them Win!

That’s why, if you buy the book through this page, you’ll get a big discount plus a free Patriotic Activity Guide for the little ones.

Each of the three Collections below includes a hard-bound copy of Oliver Doodle Dandy, an Interactive Narrated eBook, and beautifully created downloadable Patriotic Picture Bingo Games to help your littles learn more about America.

With the Interactive Narrated eBook, children can follow along on any device; viewing the stunning illustrations, while listening to the dramatic narration. Your children will learn, be entertained, and be filled with love and respect for our nation.

So, review the three collections below, choose the one that’s best for you, and place your order today.

By working together, we can push back against the dark forces that want to take over our children’s minds and ultimately create a brighter future for everybody.

To complement Oliver Doodle Dandy, you can bring America to life with a package of our beautifully illustrated downloadable Patriotic Picture Bingo Games.

Upon purchase, you will receive a link to our narrated eBook, along with either five or ten of the Bingo games listed below.

“We Need This Book, and These Games Now, More Than Ever.” 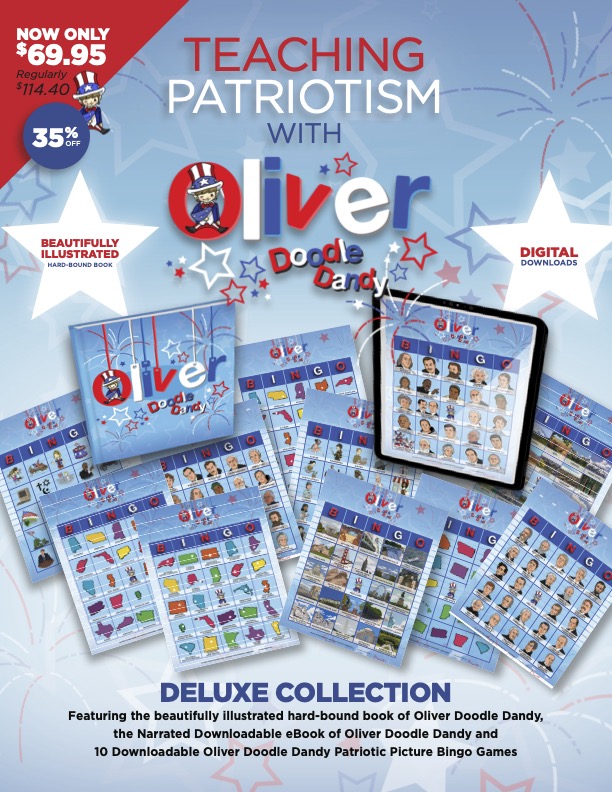 (We recommend you laminate the game cards or simply re-print them as needed).

Because much of the product contained in this collection is digital, we cannot offer money-back guarantee for these products. 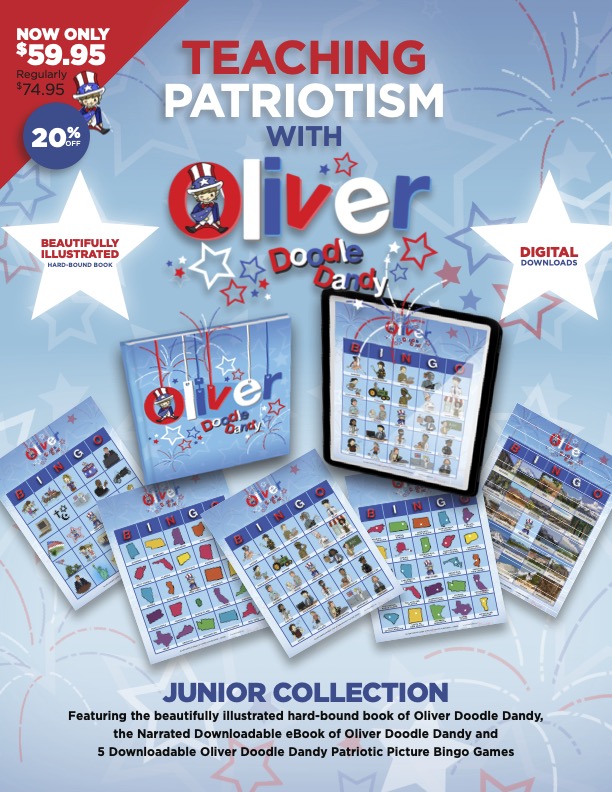 The retail value of this Patriotic Junior Collection is $74.65, but you can get it today only for just $59.95.

Because much of the product contained in this collection is digital, we cannot offer a money-back guarantee for these products. 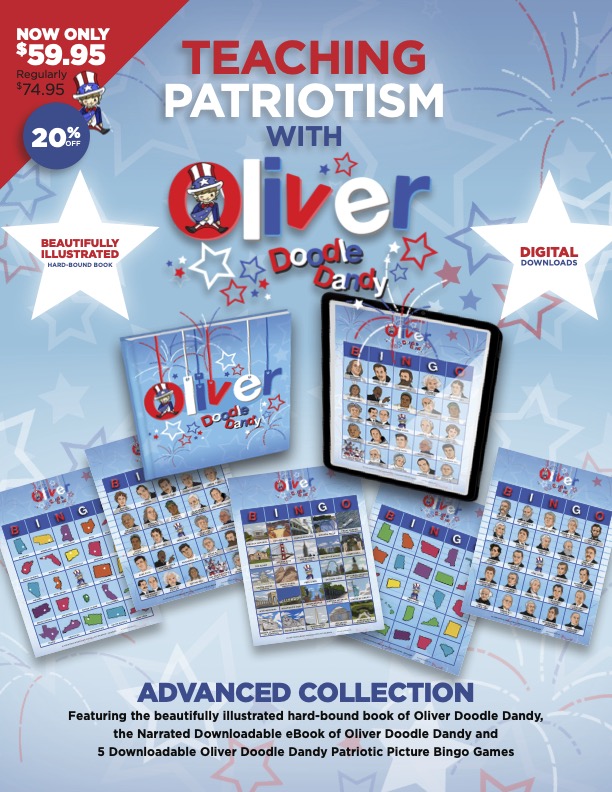 The retail value of this Patriotic Advanced Collection is $74.65, but you can get it today only for just $59.95.

Because much of the product contained in this collection is digital, we cannot offer a money-back guarantee for these products